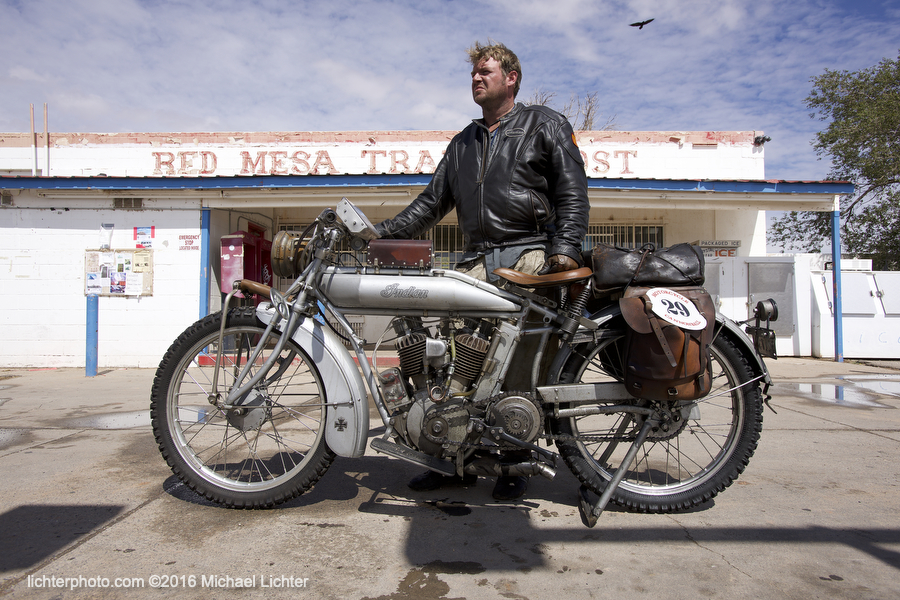 Ryan Allen of NM takes a break from riding his 1916 Indian at the Mesa Trading Post in Arizona during the Motorcycle Cannonball Race of the Century. Stage-11 ride from Durango, CO to Page, AZ. USA. Wednesday September 21, 2016. Photo ©2016 Michael Lichter.
June 17, 2020

This photo of Cannonballer Ryan Allen of NM with his 1916 Indian Powerplus keeps growing on me. It was taken on a break from the 2016 Cannonball Centennial Run (all 100-year-old bikes) at the Mesa Trading Post in Earp, AZ (I got the town name from one listener, and then Ryan posted that it has since been demolished and replaced by a modern gas station). We were riding from Durango, CO to Page, AZ and it was plenty hot. This was the photo I talked about last week with Jason Sims, Ron  Nussbaum, and Chris Callen during my “Thousand Words” segment of the Wednesday night weekly Cannonball Chronicles podcast. This segment is basically an in-depth discussion of one of my Cannonball images. We not only cover the who, what, why, when, where and behind the scenes moments, we also talk about the photographic qualities, be they formal or technical, of what (hopefully) makes whatever I am showing a good image. The segment is 10-minutes or less, and we welcome online comments and questions. For tonights show, we will feature an image of Bill Buckingham, a member of team "Sticky Dicks" (it's a long story!) which I affectionately referred to as "The Chopper Dudes" riding his Born Free winning 1936 Knucklehead chopper just west of Grand Junction, CO.

Back to Ryan and the image before you. I like the feel of this image. There is a grittiness to the bike, the Trading Post, to the pavement still wet from recent rain, and to Ryan himself. Ryan, "The Thinker," looks off in thought as circling overhead is a raven, which is said to signify that "there are magical forces being presented to you." Edgar Allen Poe said of his poem, "The Raven” that Ravens symbolize "mournful, never-ending remembrance."

When I mentioned this on the show, Jason added more of the backstory in that Ryan's Dad Tommy, who turned him on to working on Indians as a kid, died while Ryan was building this bike and so as a tribute, Ryan added his ashes to One-Shot pinstripe paint and then painted his Dad's name on the bike with it. All I could say then was "WOW!" Ryan has since filled me in that his motorcycle riding Aunt Judy and his neighbor Jack who also rode Indians both died, so their names were added in the same way.

Ryan christened the bike "The Ghost" as a tribute to Erwin “Cannon Ball” Baker and his coast-to-coast record-setting cross-country ride in 1914. The frame came from Cannonball Run founder Lonnie Isam Jr, and so some of Lonnie's ashes along with fellow Cannonball Indian rider Rich Rau, will also be added to the bike for this years 2020 run.

There's still more to the story, but I'll leave it here for today. If you can, catch tonight's "Thousand Words" at 9pm EST on the Cannonball Chronicles. You can find it on YouTube or the Facebook pages of the Motorcycle Cannonball and Cycle Source Magazine. If you knew Bill, please chime in with your stories as well. 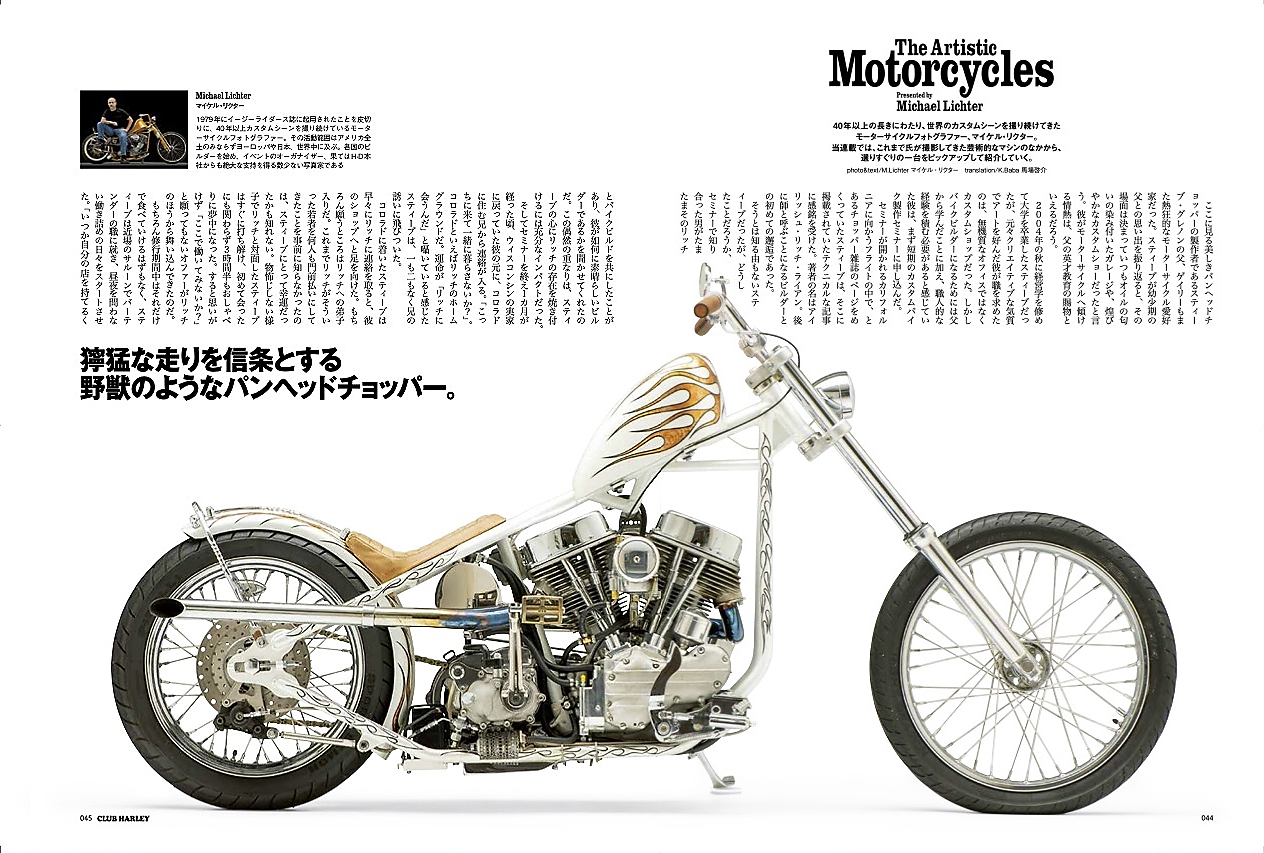 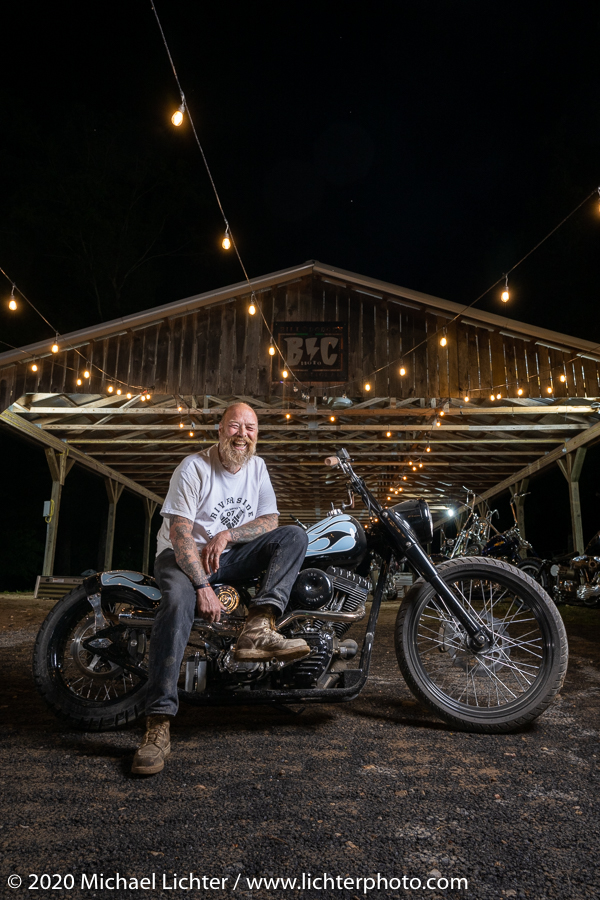 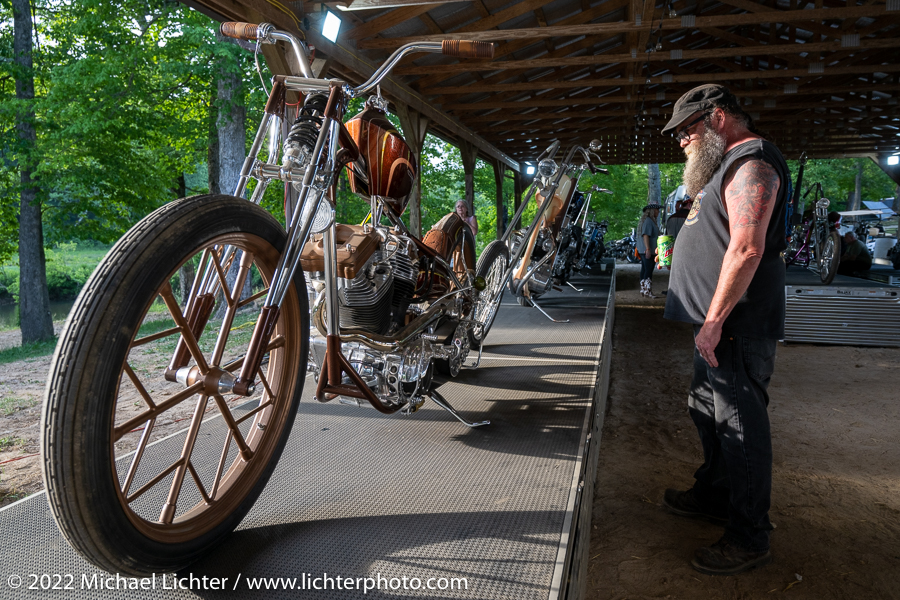 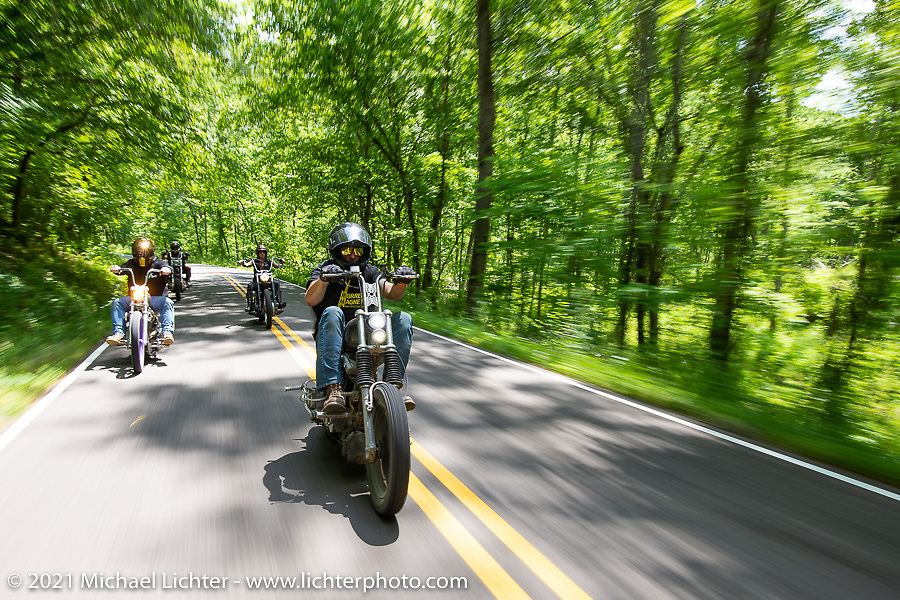 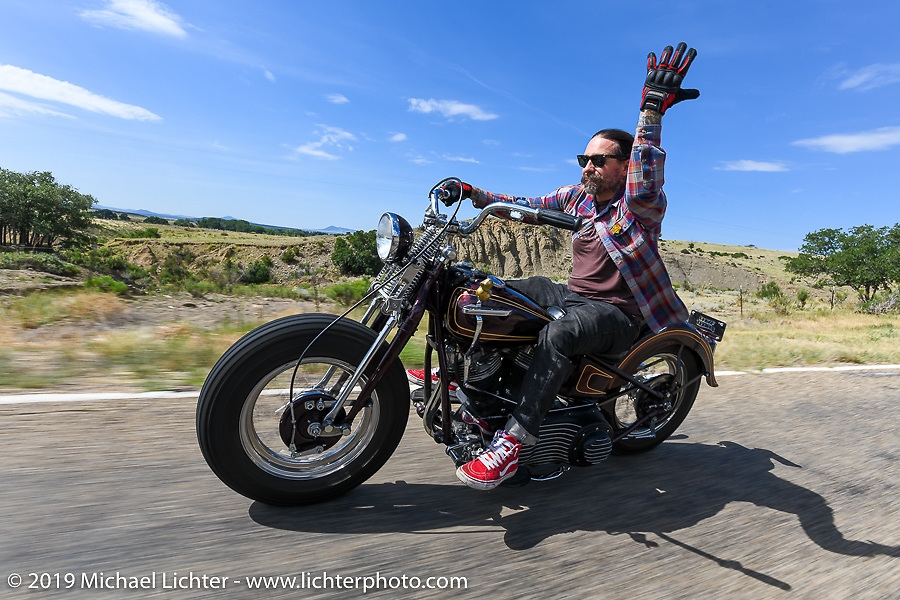 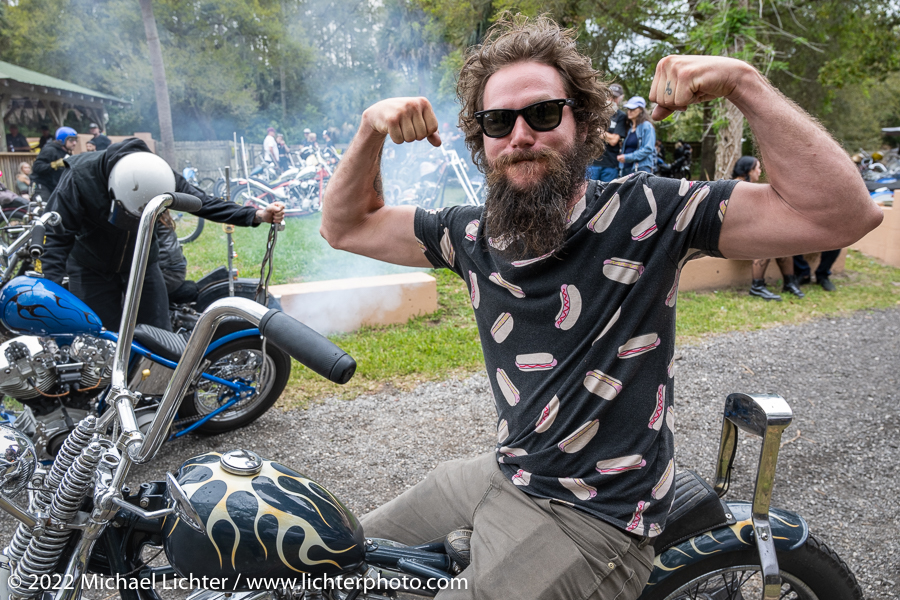 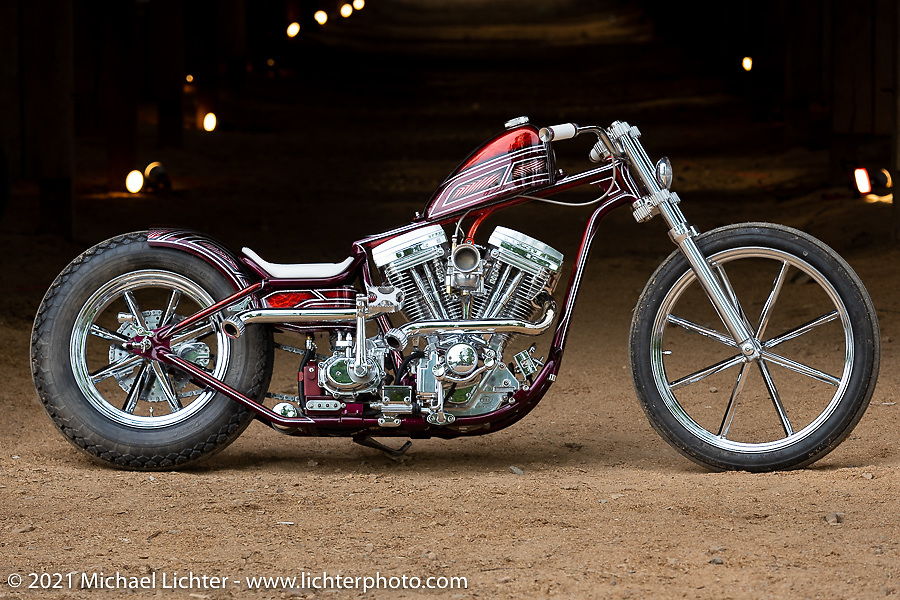 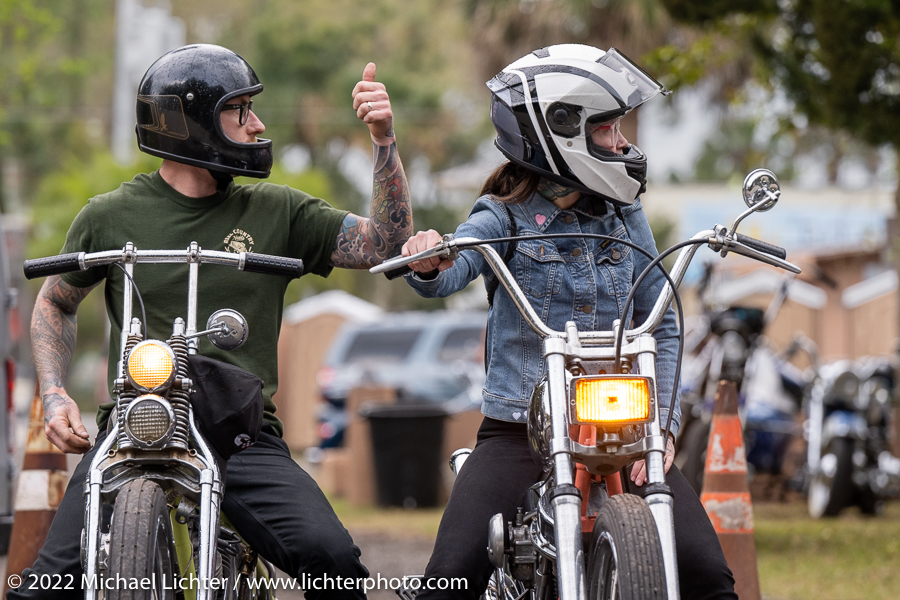