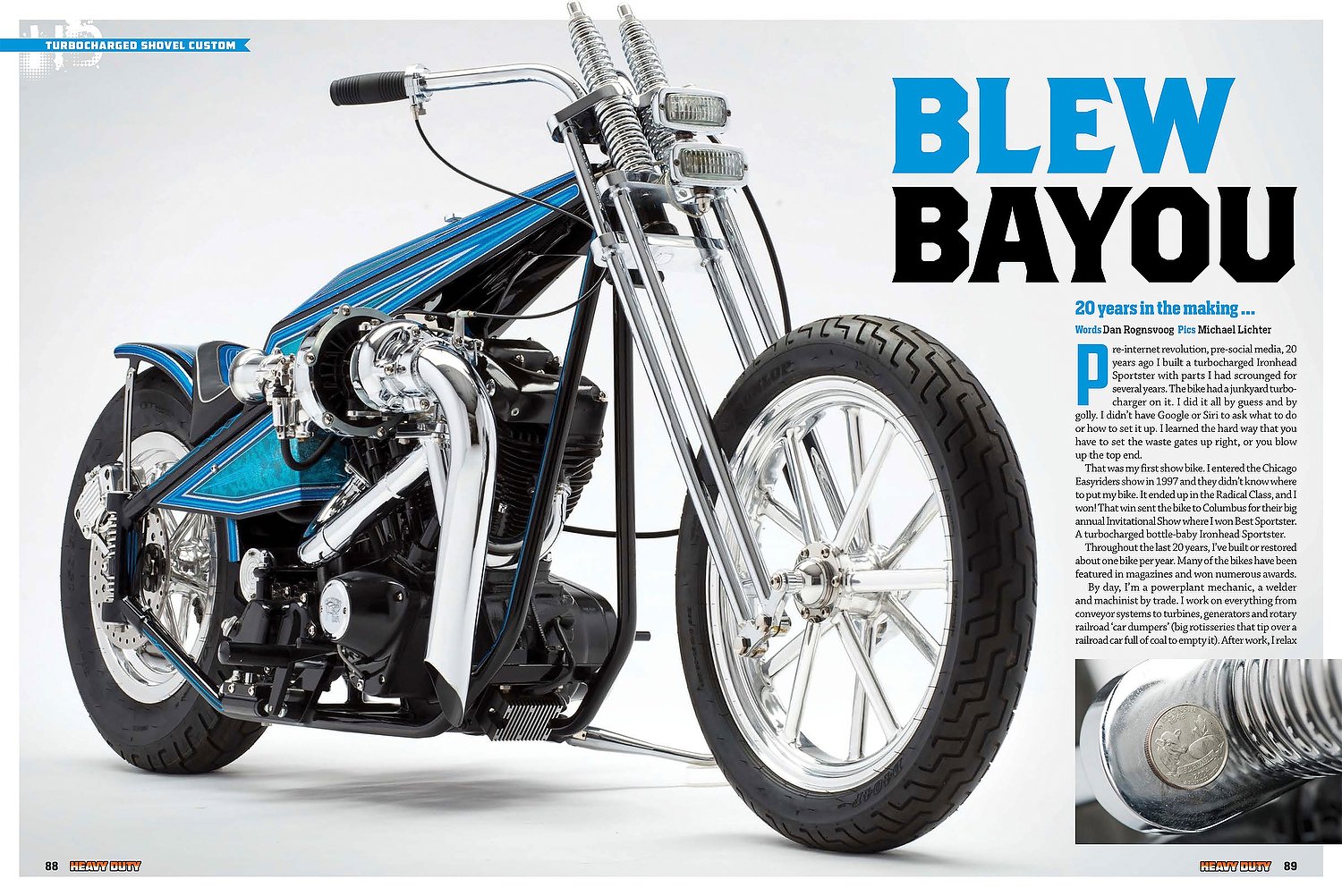 Dan  Rognsvoog built this drag inspired custom as a tribute to his first show bike on the occasion of his 20th anniversary of building custom bikes. The turbocharged Shovelhead looks like it may have just “blew by you", and so with its beautiful blue paint job, it was dubbed the “Blue Bayou” (the title of a Roy Orbison song from the early 1960’s). Dan is a great builder who was in my Passion Built exhibition a couple of years ago. With that theme being you couldn’t make a living from your craft, he fit perfectly as he builds his bikes (at least one per year) as a creative outlet from his day job as a power-plant mechanic

Summers Here - Time to Cool Down

Bean’re is on his way home